Sonatoni is the farthest and the most isolated union among the 13 unions of Shahjadpur Upazila of Sirajganj. Around 22,000 people live in this Char that is situated amid the Jamuna river. The only mode of transport is boats, or during the dry seasons’ horse carriage for different goods or by foot.   There are no other ways to reach this distant place. The inhabitants continuously struggle with various natural disasters. These people are also deprived of many government and non-government services due to its remote and isolated geographical position. The main occupation of the inhabitants is farming. The literacy rate is 21% and the entire union has only one higher secondary school. The school is located so far away from homes that many guardians and parents lack the interest in continuing education of their daughters past the primary levels out of safety concerns. Hence the rate of dropout students in this area is high, about 39.9% at Zila level. Additionally, the rate of child marriage is off the chart.  Many adolescents engage in income-generating activities due to poverty. Their lack of skills, however, only land them at jobs that are low-paid and hardly cover the expenses to meet their needs. Few youths are unskilled for farming, have little or no education, unable to find work, and incapable of investing for business setup; they are called the unemployed-youth with working capability. 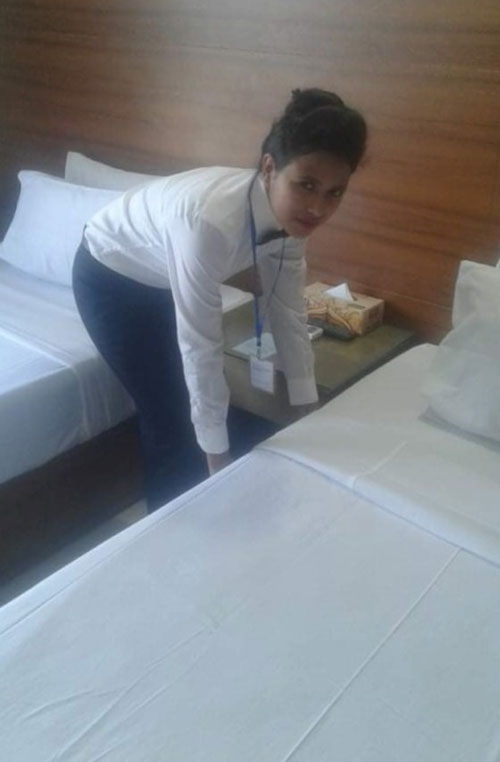 In accordance with the National Youth Policy, all 18-35 years old people in Bangladesh are denoted as ‘youth’. This population segment is almost one-third of the entire population which is approximately 50 million. This population encompasses 37.7% of the non-military workforce and 10.6% of the unemployed youth of which 28.8% do not have any education or vocational skills training. One-fourth of the youth is incapable of any socio-economic contribution to the nations (information collected from Bangladesh Bureau of Statistics).

SHOUHARDO III is working alongside the government to turn this youth population into a skilled and self-sufficient workforce for the country. Under this program initiative, 102 enlisted youth were trained on many trade, industry, and vocational skills through many government and non-government institutes at Sonatoni Union. About 71 out of these trained youth, got job opportunities in different workplaces. A few started their own business and became self-sufficient who now earn from 5,000-20,000 Taka or USD 59 to 235, per month.

An elderly from the union shared, “Children from the poor families do not seem to roam around here and there, as much as they used to. SHOUHARDO program’s training has helped them to find jobs.”

Mr. Shah Md. Shamsuzzoha, Upazila Nirbahi Officer (UNO) observed the trainers at the Upazila-level training on block-batik and sewing/ tailoring. He shared, “The Upazila administration office will help in every way to utilize the workforce from the training to make the youth self-dependent and entrepreneurs.”

Nineteen years old Reshma is a simple adolescent girl in Chhotochamtara village at Sonatoni union. She is the eldest of four siblings, living with her mother, Porichon Begum, and maternal grandmother. Her father left her mother, remarried, and lives in Dhaka. The family of six is dependent solely on Porichon’s income from a small grocery shop she owns beside their home. Reshma’s mother is struggling immensely to feed everyone with the money she earned from the shop. Since Reshma is the eldest among her siblings, she too had to get involved in income-generating activities, such as sewing and tailoring. The money she earned from this was insufficient to pay for her studies in class nine and other miscellaneous expenditure of her family.

In 2016, SHOUHARDO III started to select beneficiaries in her village and identified Reshma’s family as ‘extreme-poor’. Reshma was included as an adolescent member of the EKATA team and her mother was included in the IGA team. They started attending SHOUARDO III meetings from then on. Reshma received training and improved her knowledge of women empowerment, health education for adolescents, disadvantages of child marriage, social obstruction, and challenges of women in society and ways of overcoming them. Upon passing her SSC exam, she enrolled in Jamirta Degree College which was located on the other side of the river from her village. She soon dropped out. Her mother received training on business plan, family level food and nutrition, advanced techniques of farming, management of diseases, early warning, and many more and became skilled on these to start her own fruits and vegetable plantation at home as a Field Farmer Business School (FFBS) member. She managed to meet the nutrition needs of her family through these fruit and vegetable gardening and also sold to the market for additional income.  She is contributing shares regularly as a VSLA member. She also received 4,500 Taka (USD 53) from SHOUHARDO III which she used to buy a goat. Later in last Eidul Azha, she sold two goats at 15,000 Taka (USD 176) and still owns five goats worth 35,000 Taka (USD 412) at market price.

Reshma received the five-day life skills training, from which she planned her future work life. She decided to take the four-month-long vocational training to improve her skills to reach her professional goal. Reshma attended a course on Hotel Management and Trade from BRAC Institute of Skills Development at Ashkona, Dhaka with the help of SHOUHARDO III. She first finished the two months theoretical training and later another two months hands-on training as an intern at a Gulshan hotel. While working as an intern, she received a job offer from a 3-star hotel with a 10,000 Taka (USD 117) monthly salary. She decided to join thereafter carefully calculating her risks and benefits. Her uniform and meals are sponsored by the hotel; but she pays for her accommodation, which is somewhat managed by the service honorarium she receives from the delegates. She is actively and significantly contributing to her family’s income and is taking care of her siblings’ education expenditure with her earnings. Although her salary is not too high, she counts her competence in such a challenging profession as an achievement toward fulfilling her professional dream. The people in her village admires her a lot more than before.

Reshma gleefully shared, “I wish to work here for six months to a year before shifting to a 5-star hotel with twice the benefits I am getting now.”

She aspires to finish her education and someday work at an international hotel on a higher and more honorable position. She wants to help the unemployed youth in her village to become skilled citizens who can contribute to the development of our nation.