When women lag behind men in any society, it oftentimes has more to do with how the society around her has shaped her thinking, rather than how much she is capable of doing. Bangladeshi women are born into a set of predefined norms and rules for her even before she has the ability to express her personality or 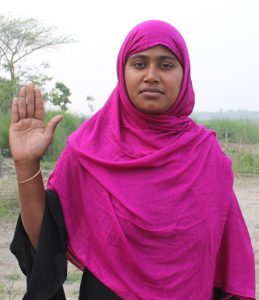 USAID’s SHOUHARDO III program, implemented by CARE Bangladesh is a Development Food Security Activity in Bangladesh that is working to reduce gender inequality by empowering women and girls. The uniqueness of this program is that it does not only limit its support system to input or cash transfers, but rather puts extensive emphasis on engaging men and boys, religious leaders, local elites, holding dialogues within the families, including parents, husbands, in-laws, and the concerned woman or girl. Now on its sixth year of implementation following an approved Cost Extension, SHOUHARDO III has been able to make long lasting positive impacts in the participants’ lives, and encouraged many men and women to shatter the social norms that are solely based on prejudice.

This International Women’s Day 2021, with the theme Choose to Challenge, we compiled incredible stories of the men and women of SHOUHARDO III who have chosen to challenge the existing norms and made a difference;

What evidence do we have that given the right tool and knowledge, a woman will not be able to do things such as fixing hardware? 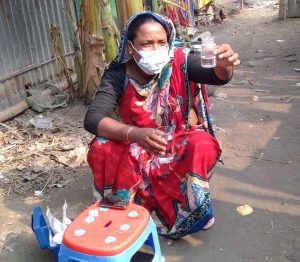 “Once I saw the community dismantling one tube well, they were experiencing poor water flow. I asked them to let me take a look, they refused and said, ‘being a woman, you will be of no use solving this problem,’ and ‘we did as much training as you.’ After much convincing, they agreed to give me one chance. After I installed the check valve, the water flow went back to normal and their problem was solved! They were amused by a woman solving problems they thought only the men could. In return for the favor, they promised to promote my service”

The program trained 20 WASH LSPs, both men, and women. Salma is one such LSP who was able to change the mindset of the people in her community.

Challenging the perception: “household chores are only for women”

Cooking, cleaning, tidying up your surroundings are basic level skills that everyone, men or women, should have. 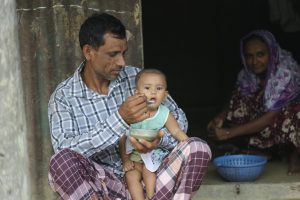 SHOUHARDO III facilitates open dialogues with male and female participants, who are normally husbands and wives to attend the Couple’s Dialogue sessions, to sensitize them about shared responsibilities.

“Before attending SHOUHARDO IIIsessions, I was ashamed at people’s comments about me. Because of my involvement in the domestic chores, some of the villagers called me ‘Lady-boy’, which embarrassed me often. However, I got over that through the discussions during the group sessions that helped me internalize that irrespective of one’s gender identity anyone can do any work. I am proud to be helping my mother at the time of her needs”.

“Previously I thought household chores are the responsibility of women only. After attending multiple couple’s dialogue sessions, I realized household chores are not for women only and that sharing household chores helps to bring peace to the family. Now, I help my wife with cooking, cleaning, and taking care of our children. Sometimes, I do those by myself also. Now we can spend more time together happily.”

Challenging the perception: “women should not work in the marketplaces” 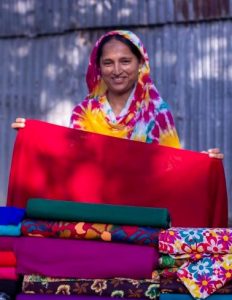 SHOUHARDO III provides input and training to men and women for establishing or expanding their businesses. Their capacities are developed in terms of enhancing negotiation, communication, decision making skills, which boosts their confidence. To date, 93,000+ participants have been linked to income-generating activities through this intervention, 71,500+ of them are women. Shahanaz is one such woman who took a bold decision and changed her life.

“I used to sew garments at home and sell them door-to-door. With SHOUHARDO’s input support I managed to establish a shop for the clothes. People around me said so many things, they highly discouraged it. In the end, I came to a realization that these people who are talking will not help me feed my family. I decided to carry on and today I am doing much better financially.”

Shahanaz also received Joyeeta awards for her contribution to the economy. The annual Joyeeta Awards is a government initiative that honors women who excel in entrepreneurship, social development, education, employment, motherhood, and prevention of repression. 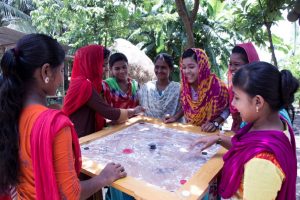 Challenging the perception: “a daughter can never support her family, only sons can”

Bangladeshi parents admit that most sons and daughter-in-laws cannot take care of elderly parents with the care that their daughters can. If these same daughters were given the opportunity to get educated and earn a living, how easy would it have been to care for their parents? Oftentimes, societal norms force parents to ignore their daughter’s needs. To help the situation, SHOUHARDO III has formed adolescent groups in its targeted 947 villages.

Tanzila is a member of SHOUHARDO III adolescent group, Kishori Dol. The members of the group stood together, involved the community in stopping her poverty-stricken family from marrying her off before turning 18. Since then, she continued her education, eventually started working at the Dutch-Bangla Bank, and started to support her family financially.

“Now, I don’t think Tanzila as my daughter rather she is one of my children who contributes to my family, just as her older brother. Now I find no difference between my sons and my daughter, rather I believe everyone has the potential to contribute to the family and the society.” – Eyakub Ali, Tanzila’s father, Kishoreganj  district